You are here: Home / News / Shareate company's entry training for college students in 2020 came to an end

At the beginning of the training, in order to let every college student know each other quickly and communicate smoothly, the human resources department first arranged an ice breaking activity - to learn as much as possible the basic information of the designated person within a certain period of time, and boldly introduce each other to the big family in front of the stage.The change from the traditional way of self introduction to the way of others' introduction aroused everyone's enthusiasm. They were familiar with each other and promoted the sense of intimacy.

Then, the human resources department specially invited Mrs. Wu from the international trade department to teach the company song.At first, everyone was in a low voice. In order to make everyone dare to sing, Mrs. Wu played a game of two people's singing.In the competition, everyone kept raising their voices and gradually loosened their singing voice.After 1.5 hours of hard work, everyone could use the accompaniment to sing the company's songs loudly.

After the song class was over, there was a meeting between the new comers and their leaders.Everyone lined up and sang the new company song to welcome Mr. Wu warmly.At the meeting, Mr. Wu told everyone the company's history and future development direction. He also kindly asked the young people's thoughts since they joined the company, and gave detailed answers to their questions.Mr. Wu said that every college student should integrate into Shareate as soon as possible, transform their professional knowledge into working skills and build Shareate together. Everyone was full of confidence and expectations for the company's future.

In the following training, Mr. Hu of the purchasing department and manager Liu of the cultural manager of the CEO's office respectively explained the company's development history and corporate culture to everyone, so that they could understand the Shareate development process and the Shareate culture. Mr. Su of the human resources department explained the company's strategy and promotion channel to everyone, so that the college students could understand the company's development strategy and the employees' promotionIn the passage, manager Zhao of the human resources department served a bowl of spiritual Chicken Soup for everyone on "employee mentality change and dedicated spirit", so that the college students could have a deeper understanding of the company's culture and recognize the identification with company's values. Manager fan, the safety manager of the CEO's office, gave everyone a lively safety training, introducing the safety cases and matters needing attention around us, and once again became alertEveryone paid attention to safety and the alarm bell rang.Everyone listened carefully and gained a lot.

As the new students came from different departments and their products were different, Mr. Huang and Mr. Zuo specially arranged for the technical personnel to explain the basic knowledge of the company's products to everyone. At the same time, they also arranged a live visit to the Department, so as to pave the way for everyone to communicate and cooperate in the later work.

In addition, in order to make the college students more determined to join Shareate, make clear their future development direction and find their own position in the company, this training also added a "old and new employees exchange meeting", inviting four people, Mr. Su of the human resources department, Mr. Yan of the porcelain project group, Mr. Zhu of the engineering tools and processing department, and the director of the section products department,They had an in-depth conversation with the college students.At the meeting, the four people told their growing story in Shareate respectively and gave their blessings to the new college students.The college students asked for their own opinions, communicated with each other on the spot and asked questions, so that they could adapt to the role change faster and better integrate into the company and work.

In order to integrate into the team faster, the company also arranged a series of activities for the college students.In the friendship film and Television City, everyone played games, watched performances, enjoyed seafood buffet, and met the beautiful fountain performance of the Golden Chicken Lake

The two-day training finally came to an end. The young fellows from Suzhou and Qianjiang said goodbye to each other reluctantly.In this training, the students were closely connected to each other, so that the children could be integrated into the big family Shareate more quickly and contribute to the construction of Shareate together. 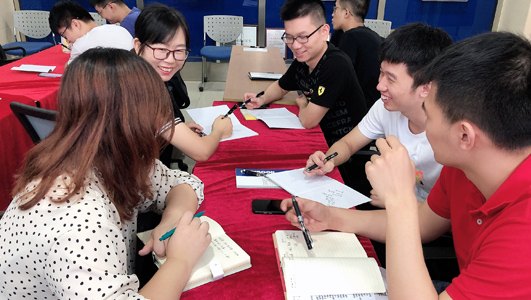 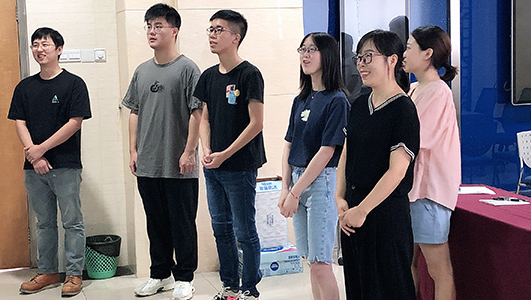 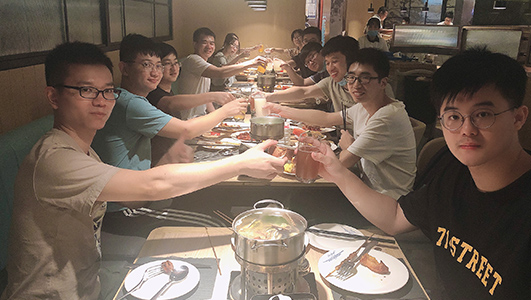 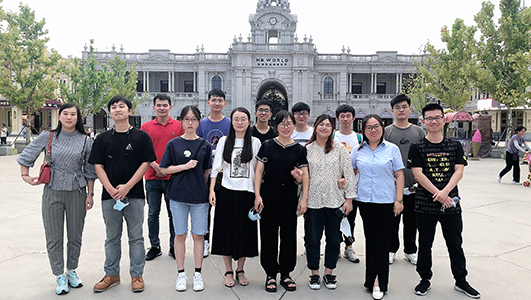